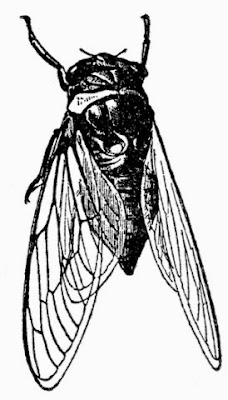 These were her last words before she left the conversation.

She remembered that they were planning the dinner at mount hopstickle. They wanted to be on springtime. Actually it's was miss Bella's desire to do it on springtime. But then, somehow,  it was summer again. It must have been more than a year ago. Maybe two. She barely forgot anything. She was the only one to not forget anything. So she thought of cancelling the dinner. Or better, the idea of it happening at all.

Posted by themuzikbooks at Saturday, August 01, 2015 No comments:

Before today, that is yesterday for some, Mrs. Bella acted as if time was endless. She got carried away for almost a year or so by trying to figure out not only how to tie the perfect obi bow for her kimono,  but also how to switch easy from the up-tying to the down-tying.

This kimono, that she got as a present from a friend, was made from the finest silk. It was embroidered by hand and in some parts (the flowering parts) it was water-colored. She still believes that it was probably the most beautiful kimono she ever saw or (better) she would ever see in her life. It's not common to see an original kimono anyways.
When this friend knocked on her door, she was surprised. She would never accept anyone coming by without having called before. This was a decision she took some many years now. A decision, which she would never like to discuss and which still gets her pretty much aggressive when asked about.
She took off her flip-flops slowly (it was summer then, and she had just watered her small in-house garden otherwise she would have been barefoot as she always is during summer) and even more slowly she went to the side window to check.
The surprise was bigger when she saw the friend, he was long gone somewhere. She had lost his track. He was appearing and disappearing in peculiar ways, always around somehow though. That's why probably she hated surprises.

She opened. Actually, she could not do other way. She despised many things, but few she could not resist for a while or maybe longer.
She welcomed him in; she was a bit cold in her manners and a bit excited in her veins cause, you know, in-between moods the neutral wins. Everybody knows that.
Anyway, they started talking immediately while the coffee was being prepared, a quick dessert too and some creme fraiche to be used in both. God! these two were always quick and condensed, so quick almost forgotten.
He started talking about his trips and things, something which was always very comfy for her. Mrs. Bella hated talking though nobody seemed to realize it. Sometimes people said she was talking much. She got confused when hearing this comment; being pretty sure she didn't do so.
Suddenly she noticed that he was holding a pack all that time. She laughed.
He was talking, but he didn't know what to do with his hands. It was pretty obvious by anyone who could observe this moment that he had forgotten about that pack.
"Why are you laughing?", he asked.  She said "Nothing, go on..". He went on saying about the colors and the places and a difficult Japanese love.
And then he asked "Do you know anything about kimonos?" without of course waiting for a response he continued "the process of creating a kimono is almost scientific... First is the selection of patterns that are painted onto the cloth. The colors and pattern must fit the age and status of the wearer, as well as season and occasion. For example, darker colors are typically for married women, cherry blossoms are for spring, and black is for weddings and funerals. After the pattern is selected, the cloth is chosen from a room filled with long bolts of white cloth. Each bolt of cloth bears a woven pattern, usually of a river and waves, arrows, butterflies, flowers, or bamboo..."
suddenly, he paused and continued a bit louder,"... next, the designs are painted on by hand, and then gold is applied to areas where the design dictates. Gold comes in gold paint, flakes, powder or gold leaf. The colors are set and the cloth goes to the seamstress, who sews the panels together by hand.."
he then lit a cigarette and continued calmly "... thirdly, the kimono’s base color is applied. The bolt is stretched out from its holder while an artist uses a flat and wide brush to apply the dye quickly and evenly.
The last step is stain removal to catch any slips of the paintbrush from earlier steps.The finished kimono consists of several 14-inch wide panels of cloth. The beauty of such an un-tailored garment is its versatility. Excess fabric is sewn into the seams. When it is cleaned in the traditional way, the cleaner disassembles the garment, sews it back into its original form as one continuous piece of cloth, and then cleans it. Thus, each cleaning can also be a refitting if the wearer grows taller or gains weight." *
Mrs. Bella took a sip of her coffee and the smoke from his hand
and said "No I didn't know. Oh, this coffee is so good. Isn't it dear? Did you find any good coffee in Japan?"
"No, but I got this for you..." he said "...I was waiting  for it to be made for quite some time.  It stands for autumn. Please try not to gain any weight".
They both tried the cake, which was delicious, judging not only by the look on their faces, but also by the fact that he asked for the recipe.
"On my way back..." he said, "...an old man told me that the up-tying of the bow symbolizes geisha's happiness, while the down-tying symbolizes her worries. I don't know if this is true because it's known that geisha's are taught not to worry. And he was the only drunk Japanese I met."

Only when she got out of her doorway and it was half way up covered by leaves and trash, did she realize that a whole year had passed.

Posted by themuzikbooks at Sunday, August 25, 2013 No comments: